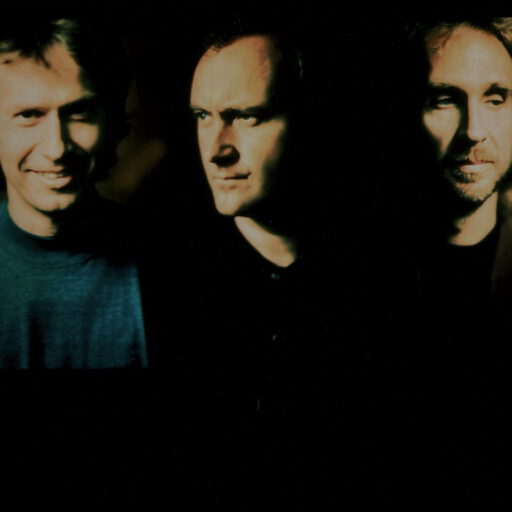 On 28 March 1996, Phil Collins’ departure from Genesis was officially announced in a press release: “Genesis end twenty-year experiment, decide to replace Peter Gabriel as vocalist.” It was the end of an era. Here’s the story of his (temporary) departure.

In 1993, Genesis were at their peak. The group’s “We Can’t Dance” tour in 1992 had been huge. They could not become much bigger. In autumn 1993, they played a concert in Cowdray Ruins. It was a charity gig with acts such as Pink Floyd, Queen and Eric Clapton. Genesis played four songs and joined the whole lot for the encore. Nobobdy knew that this would be Phil Collins’ last gig with the band for a long time.

By this point, Phil Collins was writing what would become his most personal solo album Both Sides*. On this he played all the instruments and he produced the album all by himself. Both Sides was similar to his first solo album Face Value and reflected his situation: His marriage with his wife Jill was going to pieces because he had an affair with an old girlfriend from school, Lavinia Lang. His family was about to break once more. So he felt he could not sing Genesis songs anymore. He wanted to sing things he could relate to. Also, he was tired of having to wow whole stadiums with the band. He felt that he had come to the end of the road with Genesis.

On his solo album “Both Sides”, Phil Collins played all the instruments, sang and produced

So after the gig at Cowdray Ruins, he told manager Tony Smith about his decision. Smith, being a manager and businessman, advised him to do his solo album and tour and then think about the matter again. So Phil Collins went on a world tour in 1994 and 1995. In Switzerland, he met a young woman named Orianne Cevey. He fell in love. His marriage with Jill was over and he moved to Lake Geneva to live with Orianne. For this (and for his music), he was heavily criticized by the British press. Phil got to hate his public “Mr Nice Guy”-image. There was no space for Genesis in his life at this point. And so he flew to England to talk to Mike Rutherford and Tony Banks, his oldest (musical) friends.

Tony Banks and Mike Rutherford decided to carry on

The group met in manager Tony Smith’s kitchen in 1996 and Phil told them that he wanted to leave. Tony Banks’ replied with true British understatement “It’s a sad day, a very sad day.” And Mike Rutherford was actually surprised that Phil stayed that long in Genesis, having enjoyed a successful solo career for 15 years in 1996. Phil’s departure was announced twenty years and two days after his first gig as a vocalist with the band. With him leaving, the band not only lost their superstar singer and entertainer, but also a great composer and drummer.

But Mike and Tony decided to carry on and search for a new singer. Phil Collins continued his solo career, but not as successful as in the 1980’s. The three of them remained friends and saw each other every now and then. It was not until the early 2000’s that they started to appear again as a trio for certain occasions. Finally in 2006, ten years after Phil’s departure, they reunited officially as a group to go on tour. But that is another story.