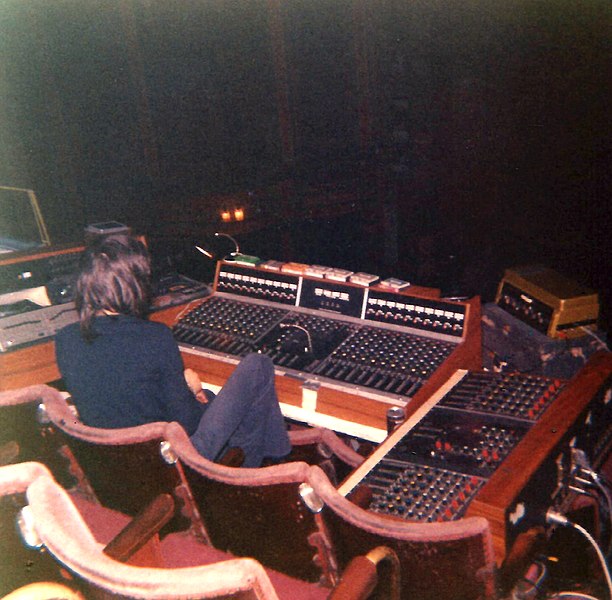 “Trespass” had charted in Belgium

In early 1971, the band had not yet been very successful in the UK. But things looked different on the continent: Trespass* had reached number one in Belgium. So the band with their new members Phil Collins on drums and Steve Hackett on guitar went to Belgium to play their first gig overseas.

The band could not afford cabins on the ferry

They crossed the channel on the night ferry and arrived the next morning. They had not slept, as they could not afford bunks and had therefore sat overnight on the boat with Phil throwing up. Getting through the day with beer and sandwiches, they drove straight to the gig and played.

The setlist included a mixture of songs from Trespass, live favourites and two new songs. As usual during that time, they started with acoustic material and then built up to the heavier numbers. Luckily for us, a recording of the gig exists so we can listen to almost the whole gig (some bits are missing). It also includes the only available recording of the famous song “The Light”, which features embryonic elements of later songs, notably “Lilywhite Lilith”.

Starting with acoustic numbers, the first song was their newest one. “Happy The Man” (introduced by Peter as a song about a “man who eats his fingernails, probably”) is based on a Mike Rutherford riff and includes a Lindisfarne-like sing-along chorus. It was another attempt by the band to produce a hit single. The song was played a bit slower on that gig and has a very laidback attitude. “Stagnation” from Trespass follows (according to Gabriel a song about people “with bad breath”) and Phil’s drumming adds a swing to it that the studio version misses.

Several minutes and attempts to introduce the band follow, then they play the rare track “The Light”. The bass intro later became the verse of “Lilywhite Lilith” on The Lamb Lies Down On Broadway* with Hackett’s guitar parts also being reused. “The Light” then turns into a prog rock song with a long jam between Banks and Hackett until the nice harmony vocals go back into a part that is familiar from the later “Lilywhite Lilith”. In comparison to other songs of the time, “The Light” seems very unusual for Genesis.

A mixture of songs from Trespass, live favourites and new songs

It is getting a bit quieter when “Twilight Alehouse” begins, a live standard at the time in which Tony dominates on the dramatic organ passage in the end. Peter then introduces the other new song “The Musical Box” in English and French and the version is slightly different to the album version. There is some extra music before the “And the clock” part, which is sung twice. Tony’s solo is longer and Steve’s shorter as he had only been in the band for two months. Even the iconic ending of this classic Gabriel-era tune is sung a bit different by Peter.

The Trespass-classic “The Knife” is introduced in French and the whole band rushes into the song. Tony’s organ leads them, Mike’s bass is the driving force, Steve still seems to have some trouble with the guitar solos, but is shining at the end. Peter’s flute part from the middle is unfortunately missing from the recording. The audience seems to have loved it; they applaud enthusiastically. The live classic “Going Out To Get You” is the encore, described by Peter as “A very old number about passion”. Again, Tony leads the band and Steve seems to be non-existent on the track. It even sounds as if he is not playing with the rest of the band on this last song.

It is interesting to listen back to the recording as it not only consists unreleased songs, but also songs that were still being created lyrically and musically. And of course it features the only known recorded version of the rare track “The Light”.

An important gig in Genesis history

The show was a success and a very important gig in Genesis history. At the end of this trip, they too the ferry back home, completely exhausted with Phil limping home, almost collapsing.