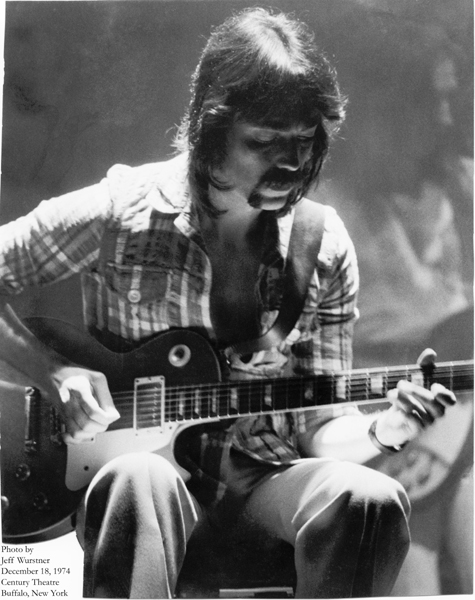 On 14 January 1971, Steve Hackett played his first gig with Genesis at University College, London. It was not the best start for the guitarist.

When Steve joined in late 1970, Phil Collins had already been in the band for a few months. Since then, Genesis had performed as four piece: Tony Banks on keyboards, Mike Rutherford on guitar and bass, Phil Collins on drums and Peter Gabriel on vocals. They were used to playing live. Phil had established his role as the drummer, being the backbone of the band.

So Steve Hackett was quite nervous before he played his first gig with Genesis. On 14 January 1971 the band played at University College in London. The guys came in the afternoon. The stage was set up, they did a soundcheck and had something to eat and a few drinks.

Unfortunately on this evening, Phil decided to test the rule of how many Newcastle Brown Ales you could drink and still play the drums. By the time the band was onstage, he did all the right fills but three inches to the right of each drum.

The usual equipment problems of the early Genesis days kicked in

For nervous Steve, the whole gig was a nightmare. Not only because of Phil’s experiment, but also because the usual equipment problems of the early Genesis days kicked in, when his fuzzbox did not work properly.

After the show he thought that he had failed and the others did not want him in the group. He heard Tony Banks and Mike Rutherford arguing with Phil backstage and thought it was about him. Of course they gave Phil a hard time because of his performance!

Although this certainly was not the best first gig for Steve Hackett, the audiences were happy and the band wanted him to stay. They liked his contribution and played more gigs throughout the year and recorded their first album together, “Nursery Cryme“*. But that is another story in Genesis history.